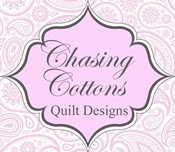 I would like to "introduce" a sweet relative of mine - Rebecca Johnson. I have never met Rebecca. She is my cousin's daughter. The cousin moved to Australia when I was 10 and sadly, I have not been to Australia (yet) so I don't know his children - or any of the children of his siblings. I think I would really like to though. The cousin is visiting in Canada currently and Rebecca came to my notice. Her story touched me. I am impressed with her courage and the choice she has made to approach tragedy with faith and hope. To be active and strong. I am reminded that it is not what 'happens' to us that really counts but the way we respond to what happens.
Rebecca's grandmother (my Aunt Maxine) was a wonderfully strong and courageous woman. I have turned to her example often in the last months and been inspired.  Aunt Macky lost a son in his early teenage years to cancer. She was one of 5 close sisters - and lost them one by one to cancer, far too early. And she personally fought a very long and valiant battle with cancer. After and through all this she remained composed, vibrant and strong. She was creative - painting, sewing, among other talents - and dressed with a particular flair. Her grand-daughter has discovered that she has inherited some of that creativity as she has tried to deal with her own grief in a positive manner.
I was excited to find Rebecca's blog and see the beautiful quilts she designs. To feel (despite distance) a kinship. And I so want to make this quilt. 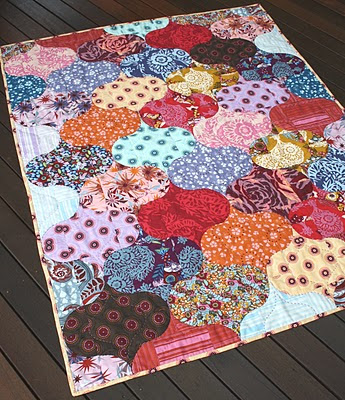 LOVE the quilt! It looks like a tricky one, but you could make it with your eyes closed!

Oh, thanks for sharing. A new fun blog to follow. I loved Aunt Macky - I always felt so blessed to know her and visit with her whenever she was in Canada. I still think about her often.
What a heartbreaking yet inspiring story. Her baby has the same middle name as my 5-year-old! :)

Merrill is such a great name - and a great heritage to have. I am so proud to be a Merrill.

I am proud to be a Merrill too! I have loved using the internet to find my long lost Merrill cousins. I feel a bit a part of your life by reading your blog. And, I might add, a bit excited to see new recipes that I need to try.