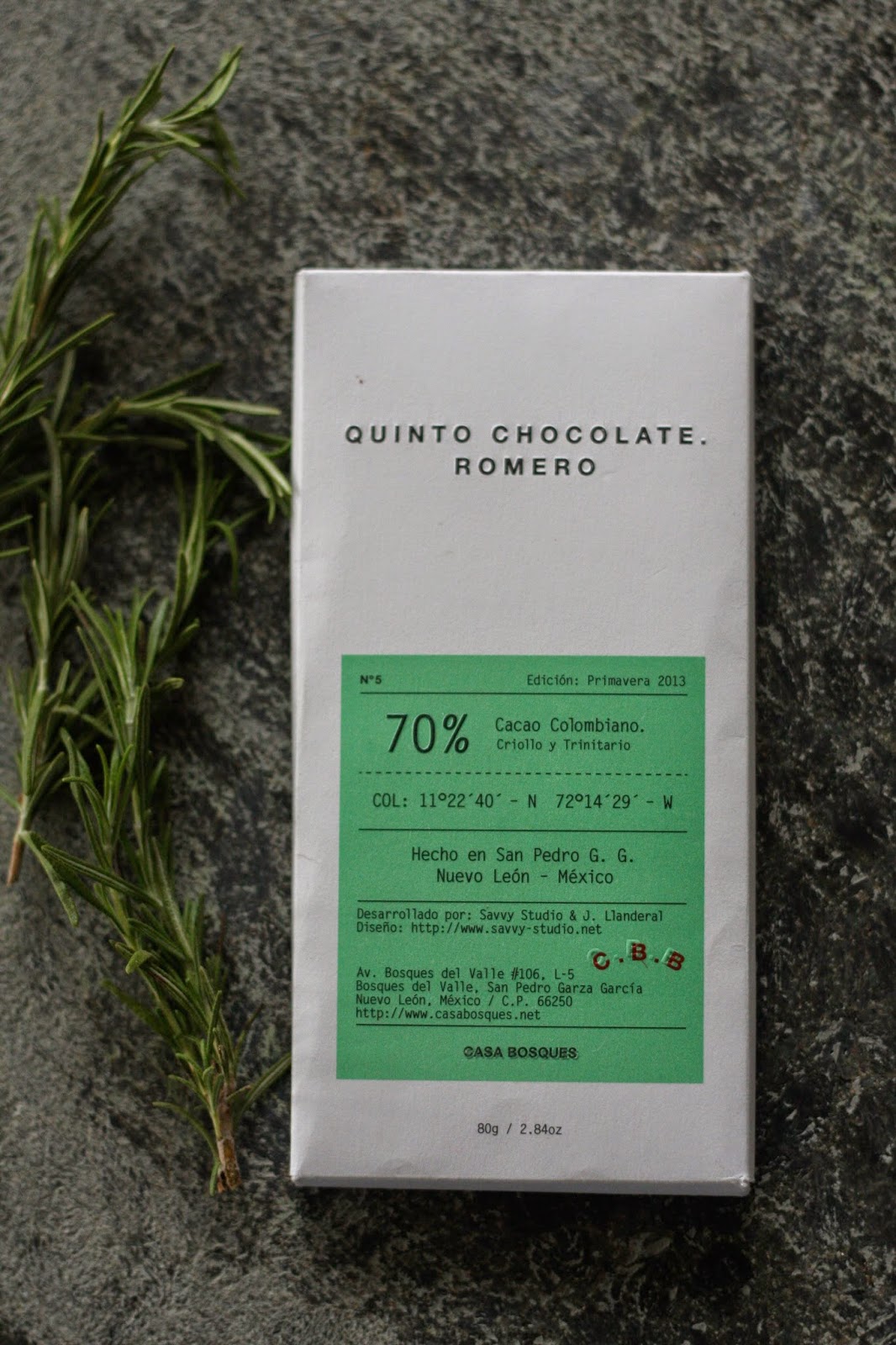 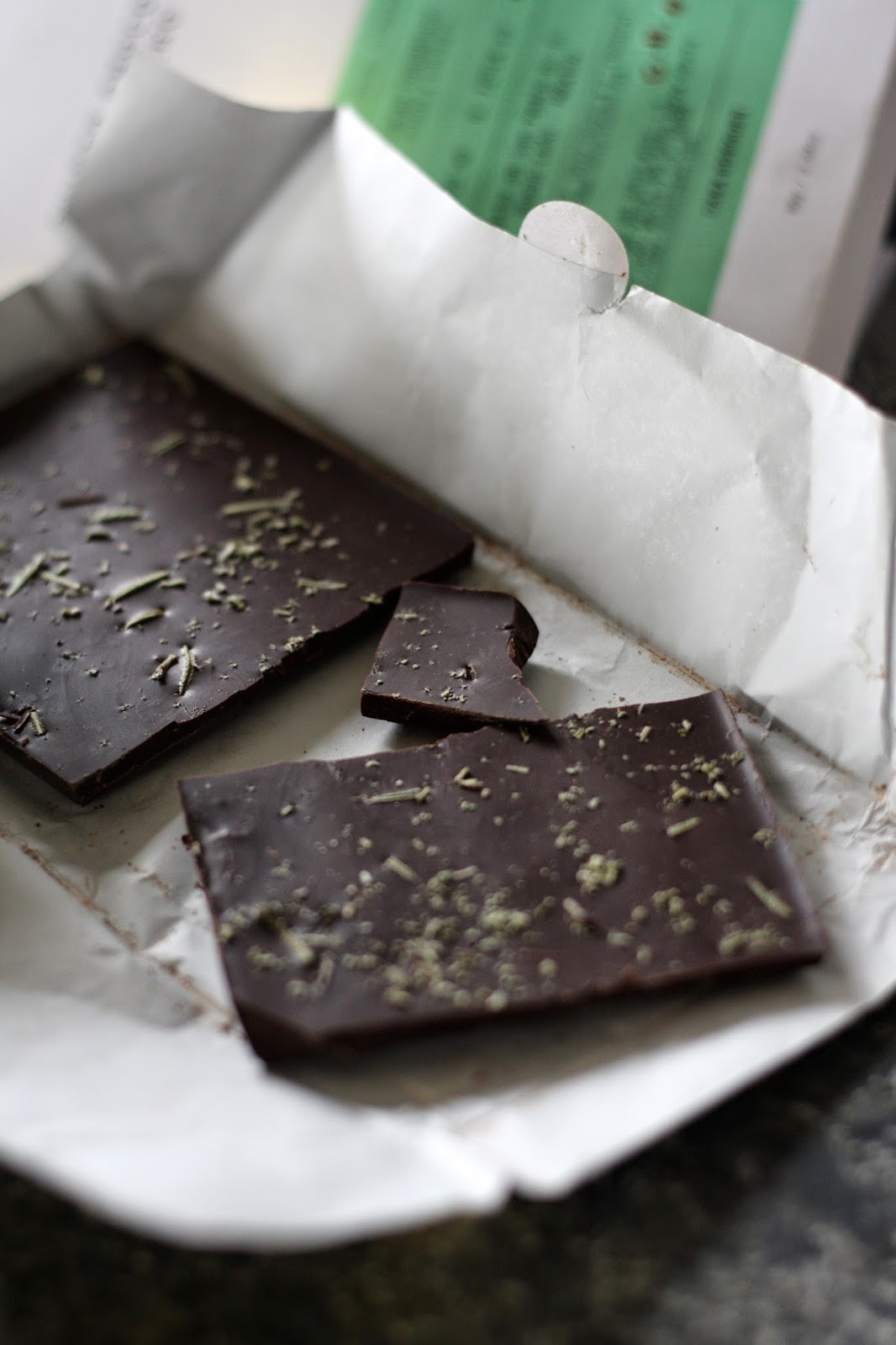 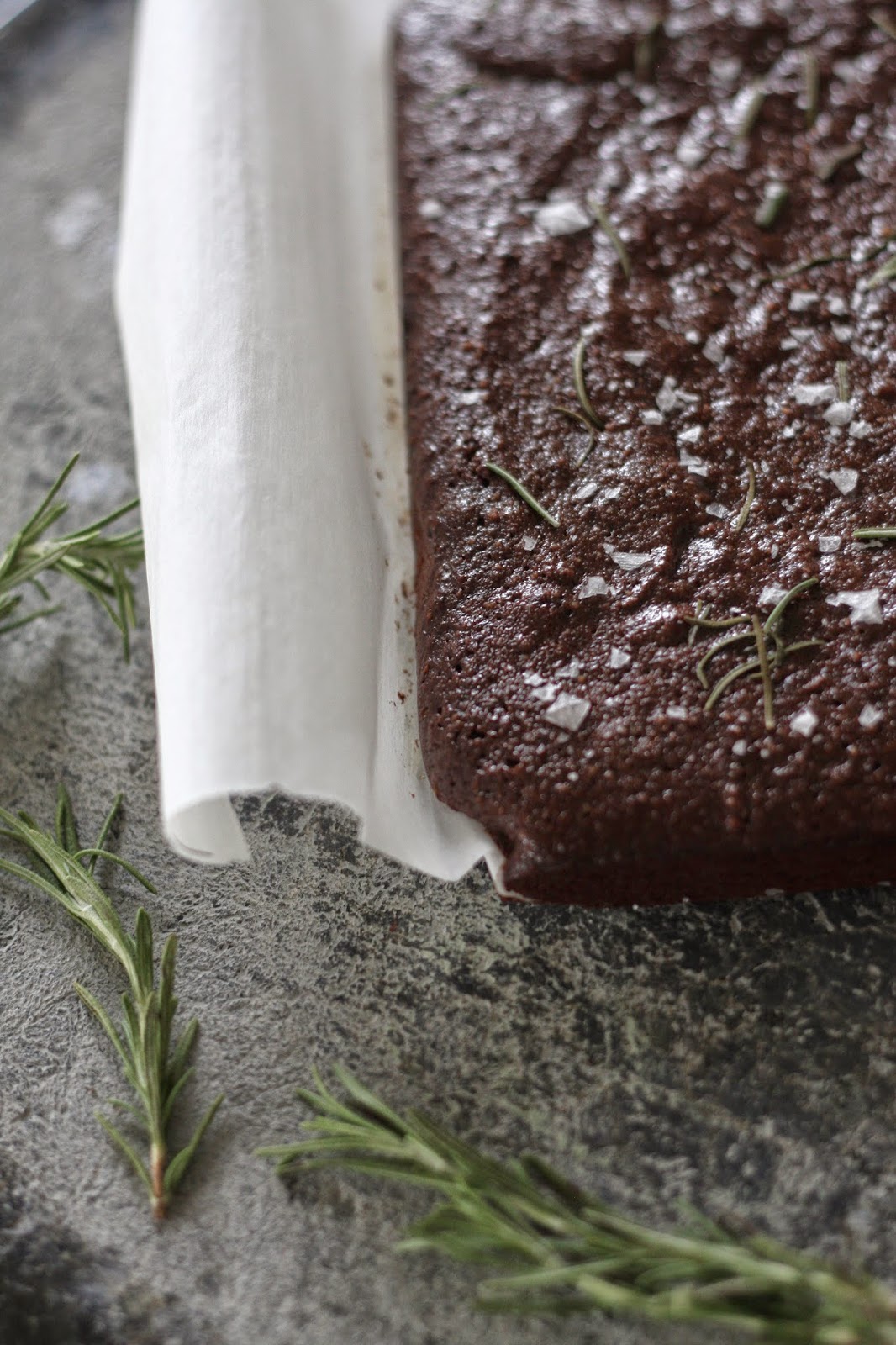 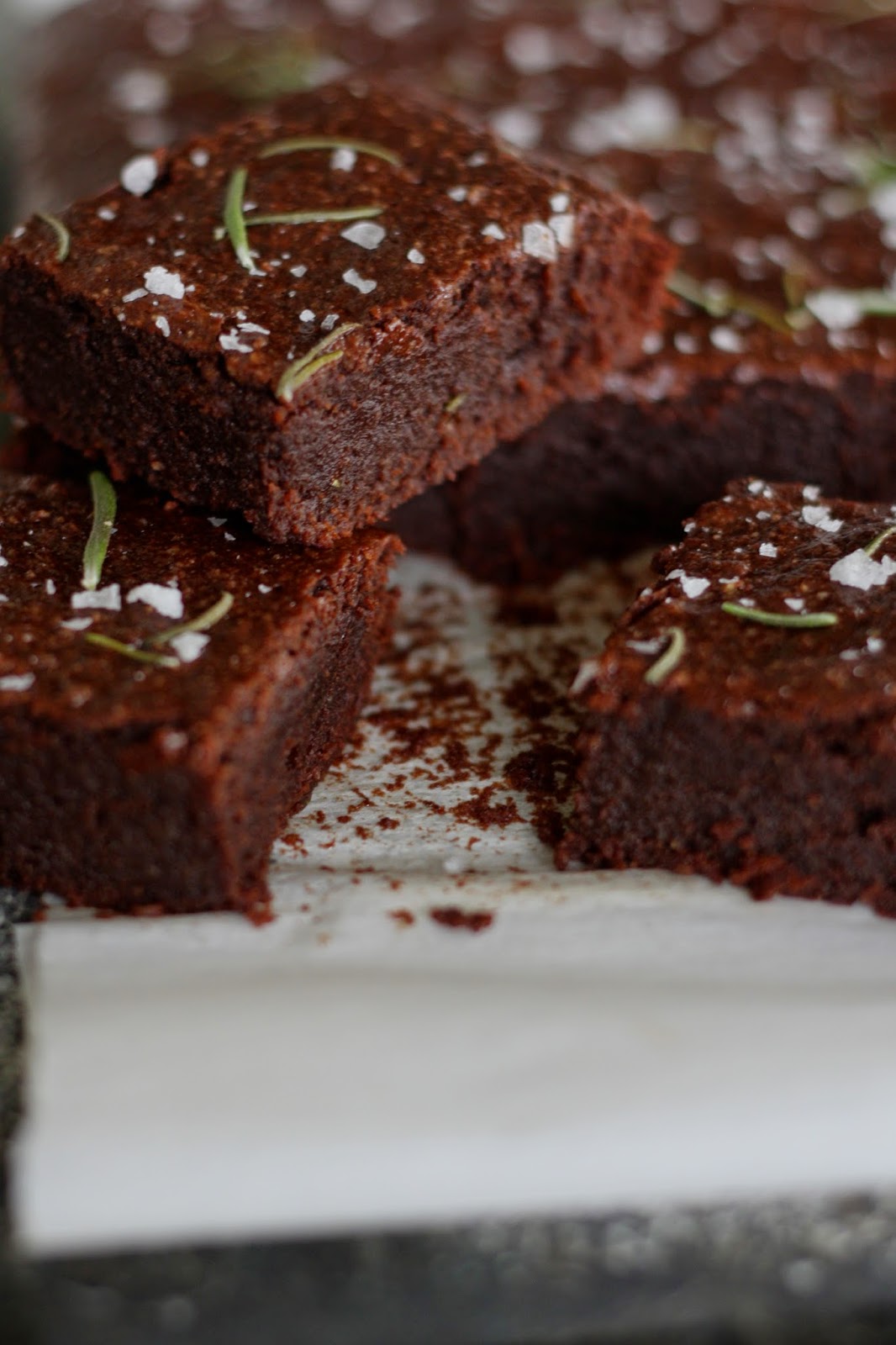 If I was to worry about posting seasonally appropriate topics and recipes I would probably be looking for .... not this post. I defend my choice thusly: chocolate is never out of season. It is the food equivalent of fashion's black - goes with everything. Should I need to hedge my bet I would point to the rosemary I picked from my garden which must surely confirm seasonal appropriateness. If I was to need to justify myself.

Last spring in Vancouver Jonathon introduced me to the pleasures of Beaucoup Bakery. The very first treat that caught my eye was a beautiful chocolate cookie with rosemary. It was even better than it looked and I mentally filed the concept for future reference. This spring Jonathon has a shop of his own and a few weeks ago he had an order of very special chocolate from Mexico, including this beautiful bar of rosemary dark chocolate. I had been fine-tuning a recipe for spicy brownies when he sent me a bar of the rosemary chocolate and as good as the spicy brownies were I suspected there was a better direction. I was right - the time on the spicy version was not a waste because it simply meant that these were perfect from the first batch. I love the piney, minty-ness of rosemary and it is a perfect partner to good dark chocolate. Toss is a bit of cinnamon and top it with a sprinkle of flakey salt and I dare you to stop at one. I made a batch for last week's Sunday dinner dessert and on Friday Eden told me she couldn't stop thinking about them. Pretty much says it all.

I have made this with butter twice and once with coconut oil replacing the butter. Both versions are very good so if you and dairy do not get along well by all means make it with the coconut oil, but my strong preference is to use good butter. Taste and texture were both superior.

Line an 8 inch square pan with a parchment paper sling and set aside.

Combine the chopped chocolate and butter in a small saucepan over low heat. Stir constantly until almost melted then remove from heat and let stand for a few minutes - this will finish the melting without burning the chocolate. Add the honey and coconut sugar and stir gently to combine. Gently stir in the eggs being careful not to over-beat. Add the chopped rosemary and stir the mixture into the dry ingredients, mixing just until everything is incorporated. Push into the parchment lined pan. Sprinkle with the rosemary leaves and sea salt. Bake at 350 degree F for 28 minutes.