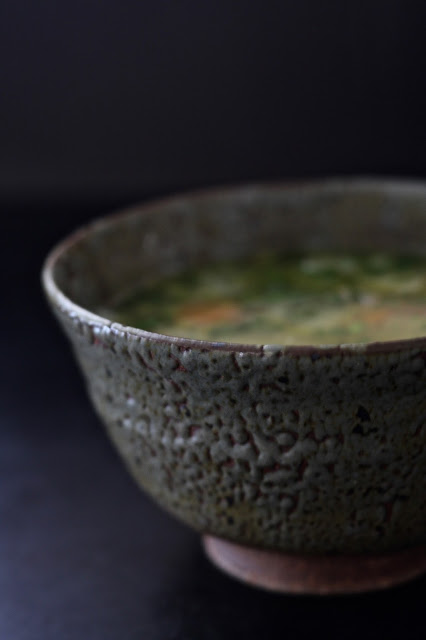 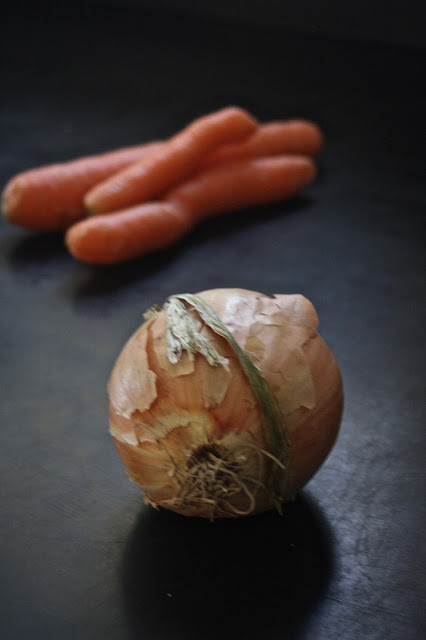 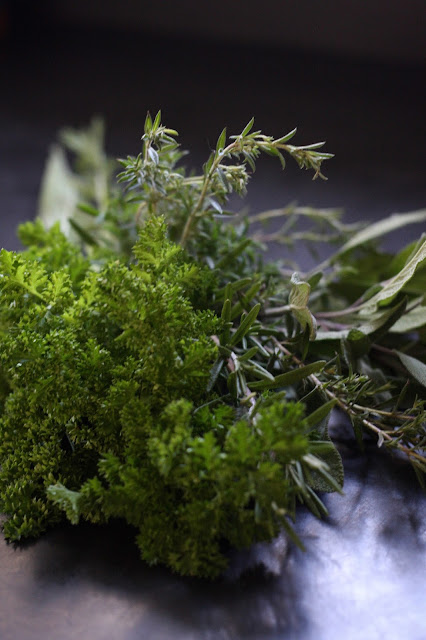 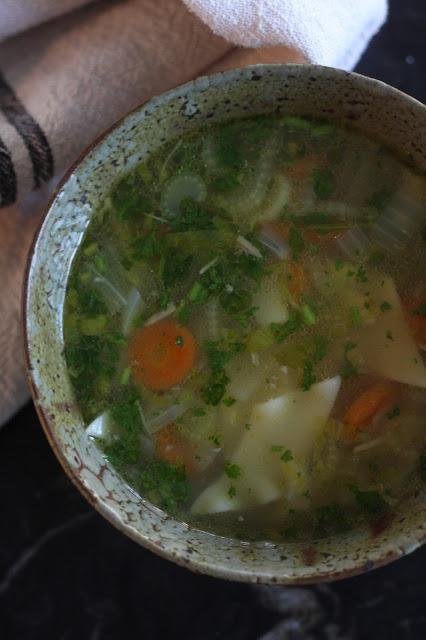 I sincerely believe the best reason to roast a turkey is the soup that follows. I like turkey just fine but turkey soup? I have no words. Not one to really describe how comforting and yet divine a good homemade turkey soup is. From the aroma as the broth cooks to the last sip of that broth when the bowl is empty, there is nothing quite like it.

Posting a recipe for such a humble and beloved bowl of food may not be strictly necessary but sometime a roadmap is helpful. I offer this in that spirit. Turkey soup is never exactly the same from my kitchen; sometimes it is full of noodles, other times barley or rice or potatoes. Often I add broccoli. But always onions, celery, thyme - and usually carrots and parsley. Like I said - a roadmap. A direction to go, a place to start, to gain confidence that you cannot mess up a good pot of fresh turkey broth.

I start of course by making the broth. There are any number of recipes for making broth but this is mine. After the turkey is carved and quite clean I put the carcass in a large pot and cover it with water. Toss in an onion that has been been quartered, 3 or 4 stalks of celery along with some celery leaves, 2 large carrots (scrubbed and quartered), and a few sprigs of thyme. Bring it to a boil and then reduce the heat to a very low simmer. Cover and simmer for at least 3 hours. The longer it simmers the more goodness you get out of the bones - and there is a lot of goodness in there! When you judge that it has simmered enough, remove from the heat and let cool for about 30 minutes. Strain the solids from the broth and discard. At this point unless I am making soup for a large crowd I portion it into quart (4 litre) containers and freeze the broth for use later - other soups and recipes that call for broth, or simply to enjoy as a 'bone broth'.

Don't be afraid to add a little water at the end of the cooking if you feel like quite a bit of the broth has evaporated - just taste and adjust.

In a large pot saute the onions and celery in the butter for a few minutes - just until beginning to be tender. Add the broth and herbs. Bring to a simmer and cook for 20-30 minutes. Add the carrots, pasta and turkey. Cook until the pasta is done and the carrots are tender, about 20 minutes. Season to taste.

Note: Because the broth is not salted you will want a generous amount of salt (roughly 2 tsp) or the soup will taste really flat. If you are using a good sea salt you needn't be afraid of the salt. (also along that line, if you are not eating a diet of mostly processed and refined foods salt is probably not an issue. Excuse me while I climb off my soap-box and put it away. lol)

If you want to use rice or barley instead of the pasta decrease the amount to 1/2 cup. If broccoli is sounding good to you and you have some in the fridge, about 3 cups chopped is perfect. A drop or two of sriracha sauce makes a nice change on occasion or a grating of good Parmesan.