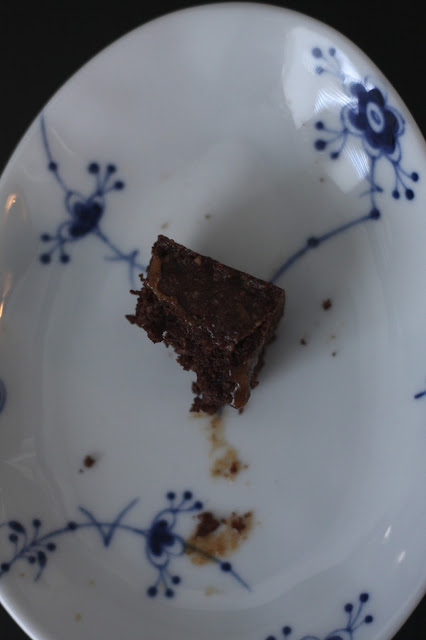 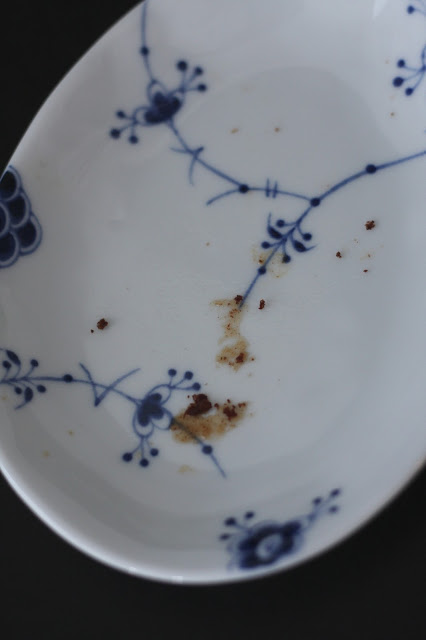 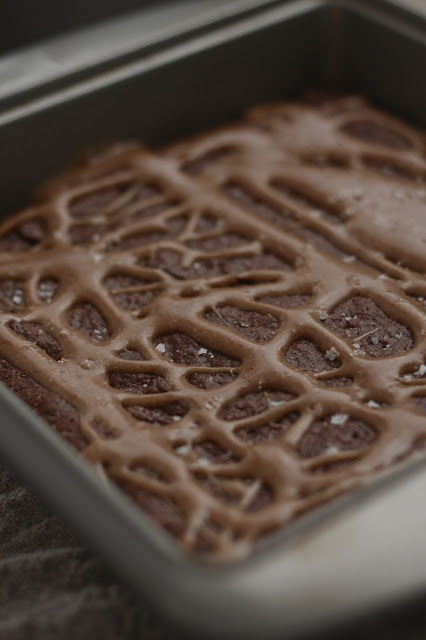 The day after Valentine's Day is probably not the day that anyone is looking for yet more chocolate. Then again, is there such a day?

I have an absolute 'thing' for caramel. Add a little sprinkle of salt and I have perilously close to zero control. So it was a touchy situation in our local natural foods store yesterday when I came across a taste test for these salted caramel brownies. I generally steer wide of the taste tests at this store - having learned from experience that most of what the venders there are trying to convince me is good is a far cry from what I consider edible - but I was hungry and it was salted caramel for goodness sake!!! I really just had to have a little taste... and then a few minutes later I had to take another pass down the same aisle for just one more. After that I couldn't get home fast enough to make a pan just for me. (I was good enough to share most of it - sometimes I amaze myself - but it was Valentine's Day.)

I am sooooo glad that along with the taste test there was a printout of the recipe because I could never have guessed the recipe. Never. Ever. Not a single grain of refined sugar, smidge of butter, eggs, or flour. Honestly, nothing that isn't good for you. It was a near miss  - but I think it was fate that I went to the store, hungry, and walked down that aisle.

These are not the most frugal brownies I have ever made but they are among the best. On the plus side there is enough of the caramel sauce to make two batches - which is probably good because one batch doesn't last long.

To make the salted caramel sauce: combine the almond butter, maple syrup, coconut butter, vanilla, cinnamon, and sea salt in a food processor or blender and process on high for 2 minutes, scraping the sides from time to time. DO NOT skimp on the time here. At first it looks like almond butter and syrup mixing up but after a bit it gets thicker and stickier and looks and tastes just like salted caramel sauce - maybe even better.

In a separate bowl whisk together the almond flour and cocoa powder. Add 1 1/2 cups of the salted caramel sauce and stir until combined. Push the batter into a lightly oiled 8x8 inch pan and bake at 350 degrees F for about 15-18 minutes or until a toothpick inserted in the middle comes out clean. As soon as it comes out of the oven drizzle a few tablespoons of the remaining caramel sauce over the brownies and sprinkle with a few pinches of good flaky sea salt (like Malden's). Let cool completely before cutting (possibly the most difficult part the whole process).

Thank you so much Baker Bettie :) - this is genius. Seriously.

I apologize for all the italics in this post but really, they were essential. This is italics worthy. When Eden had her share she spoke in italics too. Really. You should have been there.

These look AMAZING! And I know that if you rave about it and Eden was speaking in italics (which sounds kind of like speaking in tongues) then they must be otherworldly.

Question: where does one find coconut butter and can any of these things be substituted?

YIKES! My mistake - not butter but plain old coconut oil. I have corrected the recipe (thank you ever so much!) One should never blog a recipe from memory, no matter how memorable it may be. So sorry.

And as far as substitutions .... I don't really think I would. If you don't have any almond flour you can easily grind some in your vitamix. Just watch that you don't make almond butter.

Can't wait to try these - thank you for this recipe! Do you mind if I "Pin" it so I can find it easily later?

Please feel free to Pin it. Hope you like them as we'll as we do :)