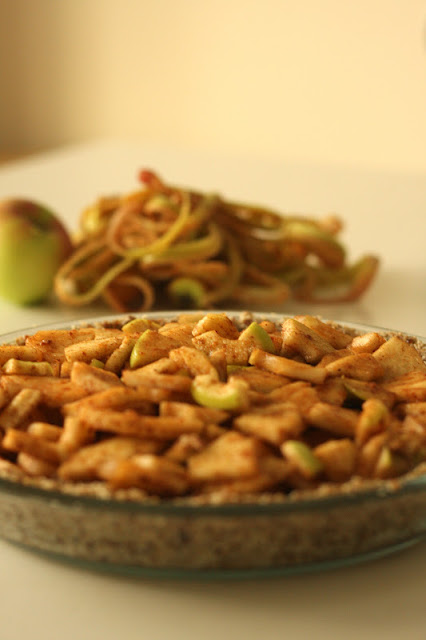 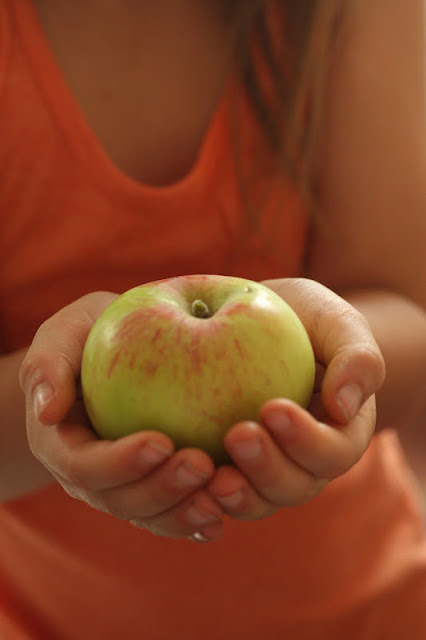 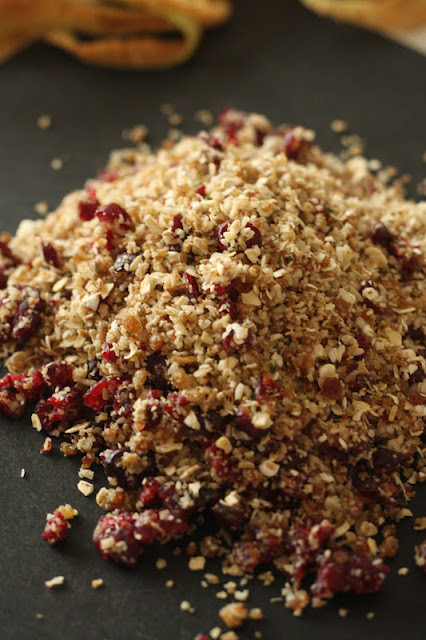 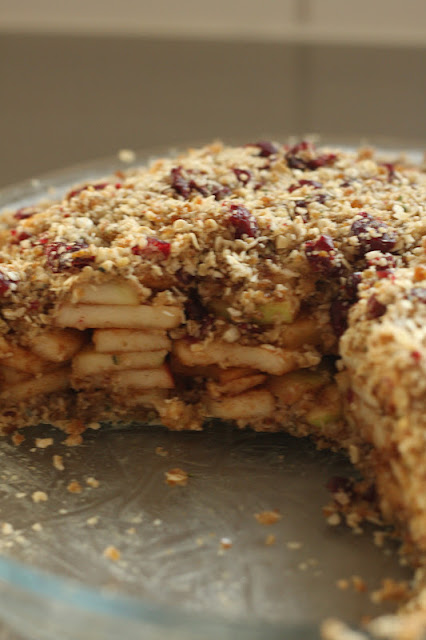 I am a confirmed Apple Eater. It is a rare day that passes without an apple moment or two. I like them tart and green or sweet and red. Juicy, crisp, and fragrant, there is nothing better than a walk in the fresh fall air, apple in hand.... unless it is snuggled up in a comfy big chair with a book and an apple. I add apples to my bowl of breakfast oats and seeds. And then there is apple pie. I think I must have been 6 or 7 before I realized that pie didn't mean apple pie. My mom made a unique apple pie - made the way my dad's mom did - with shredded apples and a ton of cinnamon. Enough cinnamon that the apples looked brown. But oh my! it was so good.

This raw apple pie is more or less a combination of the loaded-to-the-gills-with-cinnamon pie my mom made and a fresh, crisp, juicy apple. With the added bonus of a crust made with coconut, dates, and hemp seeds. If you (like me) need to be excused to wipe your chin and perhaps your shirt-front - you may. It is totally justifiable. This is just plain good. And healthy. There is enough cinnamon to make the apples every bit as brown as I remember my mom's pies were - which means that there is enough cinnamon to reduce inflammation and balance blood sugars. Refined sugar and gluten-free as well.

This is fantastic 'raw' but is equally good slightly warmed. David sometimes gets a sore tongue from fresh fruit and this was one of those times. I heated a second serving (in the microwave - gasp - for one minute) and no more sore tongue issues. Although it removes the whole 'raw' aura, a slight warming - just enough to leave the apples tender-crisp - can't destroy all that goodness. Adding some vanilla gelato really made David smile.

I used apples freshly picked from one of our apple trees. Sadly I have no idea what the variety is. I can only say that the apples are crisp and on the tart side of sweet. If you prefer sweet apples, I would try Gala. (Maybe that would be Aubrie's choice too.)

In a mixing bowl combine the cinnamon, lemon juice, honey, ginger, and nutmeg. Add the apple slices, tossing to coat. Set aside.

Put pie crust ingredients in the bowl of a food processor. Pulse until the texture is fine and sticks together. Reserve 2/3 cup. Press the remaining crust mixture onto the bottom and sides of a 9" pie plate.

Put the reserved crust mixture back into the food processor along with the rolled oats, cranberries and sea salt. Pulse.

Using a slotted spoon transfer the apples into the pie shell, reserving the liquid. Sprinkle the crumble topping over the top.

Serve cold, drizzled with reserved cinnamon sauce.... or warm, with a scoop of ice cream.
Posted by Cheri at 10:18 PM

thanksgiving is at my house this year, and i'm totally making this!